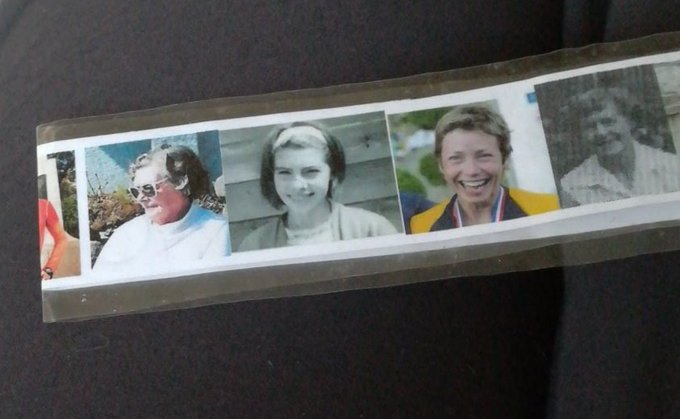 If you want to be a great athlete then it is essential to train. There are a few short cuts (great coaching to help you be really intentional with what you work on or skills like visualisation to speed up skill acquisition) but mostly it is hard work and a positive, ‘bring it on’ attitude towards that hard work.

In a competition environment though, once that training is in our bodies, if we can make what we are doing feel easier we are able to go faster or longer. There are a number of ways athletes tend to use. Some are fairly well researched. Others come to us through trial and error. Here are 13 of those I recommend trying…

Smiling is such a simple strategy yet increasingly research is finding benefits of doing so whilst in competition, especially in endurance sports. One piece of research has found that runners who purposely smiled when struggling found their oxygen consumption and their perception of effort was lower. It has been suggested this was a result of the smiling relaxing the athlete’s emotional state and reducing their perception of effort, giving the athlete an improvement in speed for the same effort.

Coach on a shoulder

Technical self-talk is a way of teaching athletes to give themselves specific instructions. I ask an athlete to imagine their coach has shrunk down (Alice on Wonderland Style) and now gets to yell advice in their ear. What 1 main piece of technical instruction they would give? Could be on concentration, problem solving but mainly body position or movement. This type of instructional self-talk has specifically been found to improve performance when athletes use it to work on strength, accuracy or fine motor skills.

Our brain weighs about 5% of our body weight – but needs about 20% of the energy we consume. It really loves glucose, in fact it depends upon it. When our blood sugar levels get low our threat zone kicks in really quickly and we make much more emotional, often unhelpful, decisions. When it is balanced we can think more rationally and use our sporting knowledge to enhance performance. So, a nutritional strategy – especially in long races – which gives you glucose is helpful at getting you going faster or keeping you going for longer.

It has long been reported that caffeine can help you perform better in sport, enhancing focus, reducing perception of effort, improving mood, speeding up reaction times and recover quicker. There are a number of theories as to why it would help us as athletes. One idea is that it works through the central nervous system, inhibiting certain neurotransmitters in the brain. Another suggests it impacts mental fatigue. A piece in the European Journal of Applied Physiology in 2016 looked at how endurance cyclists coped with mental fatigue and their mood while taking caffeine (5mg per kilo of body weight). They found that, once a cyclist was mentally fatigued, taking caffeine improved their performance by around 14% and their mood also improved.  Samuele Marcora, a physiologist who researches in this area says that when people are incredibly mentally fatigued their perception of effort is higher than normal. “If you take caffeine your perception of effort is reduced”, he says. “People always thought it helped because of mobilization of fatty acids and glycogen but now there is a lot of studies showing the reason why you improve performance when you take caffeine is because the effect it has on the brain and the consequence if has on perception of effort.”

If you are in an event where you are allowed headphones you can use them to prime your performance. When music is used in the short period before competition it can help athletes get to their optimal arousal zone by priming their body for the required action, perhaps as a result of music increasing the movement of dopamine (a chemical involved in pleasure) in the brain which then enhances an athlete’s mood and delays fatigue. In a race, research from Costas Karageorghis has found that it can boost performance levels – especially when you match the pace with the beat.

We build up a feeling of confidence and belonging when those who matter to us show they have faith in our abilities and efforts. A study of teachers found that when they were told specific students were clever those students were given lots more attention and encouragement. This was reflected in their grades and they ended up matching their ‘clever’ label – even though they had never been any different originally and the teachers had been tricked. So, find your fans and they will help you feel that the efforts you are putting are worth it.

I love a good mantra!  A mantra is a short word or phrase to focus the mind which athletes can use to maintain motivation to compete their goal. It works best when it is really personal to the athlete and resonates deeply. Whenever the athlete has a dark moment repeating this over and over again will help them keep focused and working hard. It is really useful for athletes in sports where they have a lot of time to think and to talk themselves out of putting in the required effort as research has shown it increases perseverance. A mantra will either focus on the athlete’s motivation for competing or on their goal, reminding themselves what they are hoping to achieve. They are basically short, powerful, motivational phrases that remind us why we are putting our efforts into this challenge.

A great tactic for making everything feel easier is gratitude. Realising that while what you are doing is hard, you are also incredibly lucky to be able to do it. Not everyone has the health, motivation, strength, time, ability or opportunity to compete in sport. Thanking your body and brain for allowing you to do what it is doing is a powerful motivator.

Here is Dr Richard Stephens from Keele University talking about why Swearing can help when you are pushing yourself hard.

Chunking is a lovely strategy to reduce perception of effort. 26.2 miles of a marathon seems seriously daunting. 8 and a bit parkruns feel more doable. We basically take anything scary and break down into far more do-able chunks. And each of those small sections we achieve will give us a piece of evidence that we can suffer when required which can be confidence boosting. Additionally, when we anticipate a reward, dopamine is released. So breaking things down into smaller sections will help us get mini-surges of pleasure each time we achieve one of them. The more achievements we have, the more often we get our dopamine shot.

If feels like we should try to ignore the effort or the discomfort – but leaning into it, accepting you are doing something difficult is a great tactic. One nice way to do this is body checking: asking yourself regularly how each key part of you is feeling and working. An example for a runner would be: Monitoring footstrike and stride pattern, ensuring arms swinging forwards and backwards (rather than side to side) and sticking to breathing patterns. Counting can also help as it takes your mind off any body pain but keeps the you focused on the rhythm and pace you want.

Long distance athletes get pretty adept at finding distractions to make the miles go by. They help with the discomfort and the boredom that comes with getting through something really tough and uncomfortable. Lots of ideas for this:

Research has found that while both types of strategy are used, often interchangeably within the same competition, elite athletes tend to use more focused strategies and those looking to complete rather than compete use more distancing ones.

Finally – I love the concept of embracing the discomfort. This is not embracing pain. We don’t want pain – that is usually indicative of injury – but discomfort from putting ourselves through something difficult? Bring it on. A study looking at how 204 athletes running 155 miles in stages across four deserts coped with pain identified adaptive strategies which involved ignoring pain, deciding it won’t bother them or trying to override it and maladaptive strategies involving catastrophising, fear or despondence. Unsurprisingly those athletes completing the challenges were the ones focusing on using more adaptive strategies. Instead of seeing it as a barrier they were able to co-exist with the pain they felt. One good strategy is to see discomfort as information: That you are working hard, that you might need to adjust your technique or that we need to consider more coping skills.